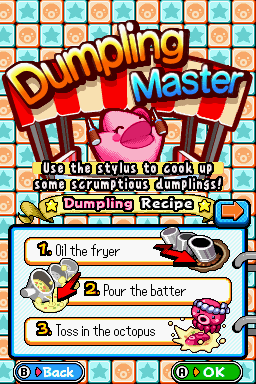 Dumpling Master (known in Japan as Stapy's Takoyaki Shop (スタピーのたこやきやさん), or simply Takoyaki Shop (たこやきやさん)) is a minigame in The Legendary Starfy. The goal is to help Starly make as many takoyaki (octopus dumplings) as she can to feed to Moe. 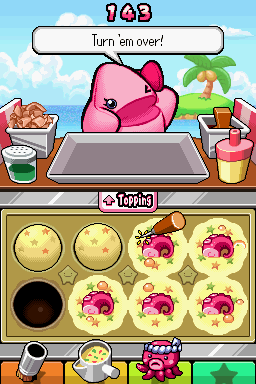 All of the Japanese ranks were taken from the Densetsu no Starfy Taiketsu! Daīru Kaizkoudan Nintendo Official Guidebook. For some of the English version ranks, hacking was done to cheat a large number of dumplings.