The Konbi are green creatures that can turn into fire, and always show up in pairs of two. They have only appeared in the Game Boy Advance games and they were needed to warm up a hot spring in all three of them.

Appearing in the Sea of Ice stage, Starfy must retrieve three pairs of the Konbi to unfreeze the hot spring the Ukizzu are bathing in.

Their name is possibly derived from the Japanese word コンビ konbi. This is a loan word from the English word "combination", but in Japanese refers to a duo or pair of two people/individuals (for example, Starfy and Moe could be described as a "konbi"). 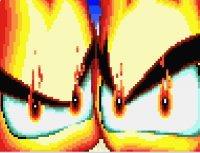