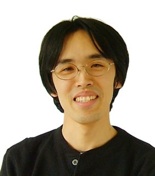 Hitoshi Ogino (Japanese: 荻野仁) is a Japanese cartoonist born on December 12, 1972. He worked on the manga Defeat the Enemy! from the November 2008 issue of Enterbrain's Video Game Magazine and likely the other The Legendary Starfy manga in the same magazine — Hidden Room Discovery! and Combined by Transformation!.

In 1993, Hitoshi Ogino graduated in art and design at Chiyoda Polytechnic College. In 1994, he received the Shogakukan Newcomer Comics Award. Later, in 1995, he released his first work, Ikeike Ikeshou Ōendan!

Since 2003, he has worked for Coro Coro Comics. He has also worked as a lecturer at the Visual Design Family school.