Originally a French research and development company for the development of mobile video and mobile TV software, it is situated in Paris. The company had a subsidiary in Tokyo, Japan as well as offices in Singapore and California.

As Mobiclip, they were known for their Mobiclip Video Codec used in games such as those in the Professor Layton series and The Legendary Starfy.

The codec was licensed by Nintendo when the company was still known as Actimagine as a video compression technology offering high quality playback with respect to battery life on the Game Boy Advance for titles in the Game Boy Advance Video series, [1] and it has since been used in various games for the Nintendo DS, such as Metroid Prime Hunters and games in the Professor Layton series. It has also been licensed by various other companies, such as Sony Pictures Digital and Fisher-Price.

In The Legendary Starfy, the Mobiclip Video Codec was used in encoding the various animated Story cartoons.

As of February 2012, it was revealed on Mobiclip's official website that the company became a subsidiary of Nintendo. [2] It later changed its name to Nintendo European Research & Development. 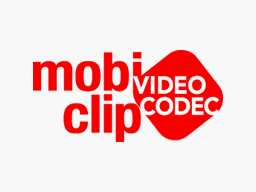 The Mobiclip Video Codec logo, as it appears in The Legendary Starfy and various Nintendo DS games